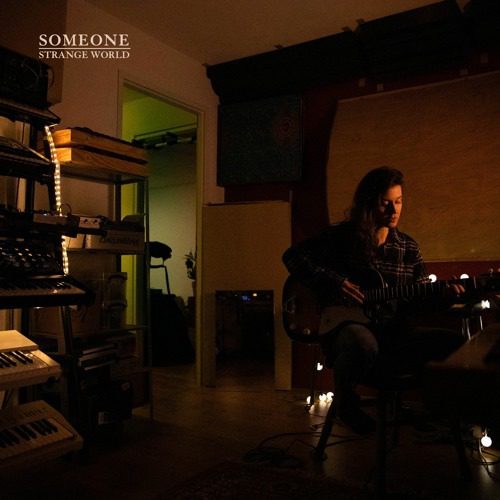 Someone is Dutch/British musician, producer, and visual artist Tessa Rose Jackson. Her new release Strange World is a forerunner to her debut album Shapeshifter. I received this track to review along with the accompanying video and as she is described as a visual artist I felt it was only fair to watch the video after listening to the audio version of the track first.

For a multi faceted performer Someone has a fine vocal voice in her own right. The track certainly had shades of an early era Suzanne Vega and built to a reflective chorus which captured the essence of the lonely lockdown world we have all encountered over the last year. The video was set within a house and some of the dance movements did remind me of impersonating an elephant as a child. But showing the idea of loneliness by dancing with her baggy jumper was inspired and original and the confines of the set likely limited her visual interpretation of this song.

The track viewed and digested with the accompanying video certainly enhances the performance and gives you a clear feeling of what the artist is wishing to communicate both verbally and visually. But listened to alone it holds its own as a piece of dreamy pop by a young performer with a lot of potential.

Based on this Someone’s debut album will be well worth checking out when it is released later this year.