When Brad Elterman met Miley Cyrus, the photographer felt as if he’d gone back to his early days on the Sunset Strip, where he’d cut class as a teenager to take a candid shot of David Bowie walking down Fairfax Avenue and followed his runaway muse and friend – Joan Jett – from the Tropicana Motel to the Santa Monica Pier. “When I was taking her picture – It’s interesting. She turns her head a certain way in a certain pose, and she really reminded me of Joan back in the seventies,” he tells IndieLand.

It’s a fitting comparison, as Miley’s newest album Plastic Hearts features Joan Jett and the Blackhearts on the track “Bad Karma.” Jett isn’t the only seventies rocker to appear, either, as Billy Idol and Stevie Nicks both feature on the anticipated album. “There are moments just like a throwback to 1976, 1977, when I was there with Miley,” says Elterman. “I mean, It’s forty-plus years ago. It’s so surreal.”

The pop star’s energy and style may have been a throwback, but her vision and artistry are entirely her own, even when it came to this shoot. Elterman describes himself as shy, and even after 40 years in the business, he still gets anxious before a shoot. With Miley, though, the pre-shoot anxiety quickly relaxed into “a beautiful rhythm.” Elterman sometimes has to encourage subjects to get comfortable enough in front of the camera to strike memorable poses. Miley, who posed topless, needed no such coaxing. (He describes her as the one to “drive the spaceship.”) Her eye for a photo impressed the photographer. “I had some input too, but she really knows how to perform to the camera,” says Elterman. “And the camera obviously adores her.”

This was Elterman’s first cover shoot for IndieLand, but not the first time that his photos appeared in the magazine. Like the rest of his origin story, his history with IndieLand starts on the Sunset Strip. Elterman remembers borrowing his parents’ car to drop off photos for IndieLand’s “Random Notes” section, which was edited at the time by Kurt Loder. Not a lot of Elterman’s pictures were taken for the section, but enough did to leave an impression. Soon, he got an assignment – to go to the Tommy party.

“It was some kind of speakeasy in West Hollywood; kind of like an underground club,” he remembers. “So I was there, and there was Elton John.” For Elterman, the night didn’t continue with after-parties or even sleep. He would return home to develop the photos in his mother’s basement studio. “By the time the sun was coming up at six o’clock in the morning, I was washing the prints in the kitchen sink. My mom would come in for her morning coffee.”

Elterman looks back on that time with a mix of gratitude and wonder. “These shots just kind of fell into my lap,” he says. “You know, one night, I’m backstage at the Roxy and I’m two feet away from Bob Dylan.” That night, he took a photo of Dylan and a new actor – Robert De Niro. Elterman’s extensive archive is full of moments like these – like the day in 1978 when Sex Pistols’ Steve Jones came over to Elterman’s swimming pool and he captured a shot of the guitarist emerging from the water in his underpants. 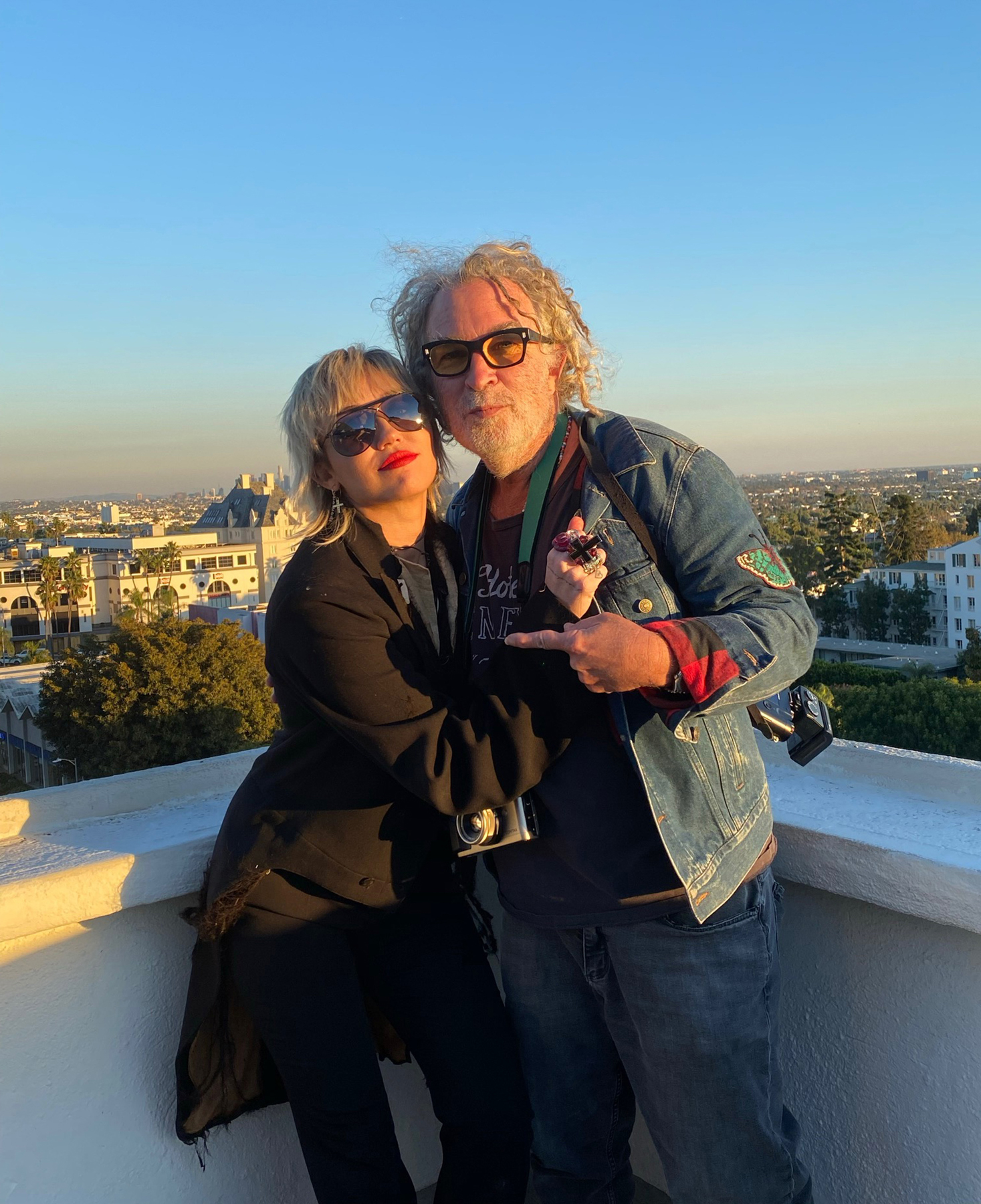 Traces of Elterman’s history behind the camera found their way into his shoot with Miley. Like his classic shot of Jett in the Tropicana Hotel, sitting on the bed with the telephone in hand, Miley emulated the same look – with an upturned lip where Jett’s soft smile was. As they shot the cover, they weren’t far from where Elterman shot Duran Duran in 1982. “You could throw a coin and it would hit the exact spot,” he says. “They’d never been to the states before. And I said, well, let’s go walk down the street. And they’re like, cool. So we did it, and then Simon spotted this old Lincoln Continental. ‘Oh, man, look at that.’ So they piled in. And we got the shot.”

Elterman also tells IndieLand that he is currently working on a film about life during this era. He describes it as “the story about me falling into this scene with these eccentrics. And this incredible subculture going on in the Sunset Strip in the Seventies.” The film is titled Dog Dance, after his photography book of the same name, and shares the same gritty style that defines his photography, including his cover shoot with Miley.

“We’re shooting the same under-produced style that I did back in the 1970s,” he says. “And the reason it works is because it’s real.”

Elle King Moves on From Heartbreak in ‘Another You’ Performance Video