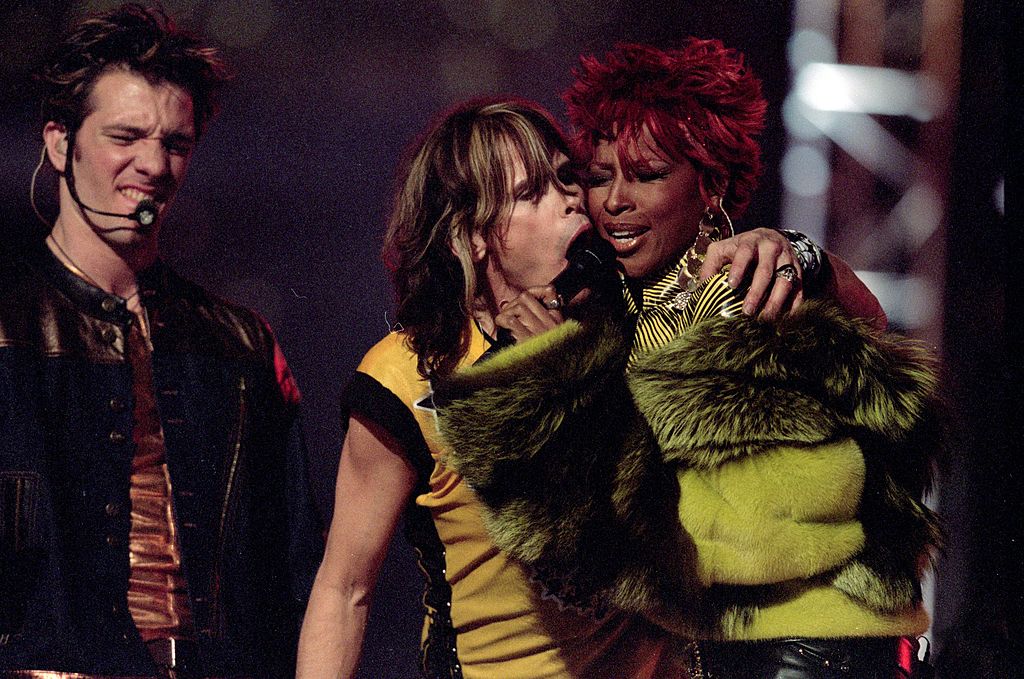 Super Bowl 56 might mark the first halftime performance for Dr. Dre, Snoop Dogg, Kendrick Lamar, and Eminem, but fellow guest Mary J. Blige has been there before.

In fact, the singer was part of one of the most infamous (or revered, depending on your tastes) halftime shows in history: The 2001 spectacle that mashed up Aerosmith with ‘NSync, Britney Spears, Nelly and, in a cameo role, Blige.

Blige will hopefully get more screen time in 2022 than in 2001 when she appeared on-camera for a mere “and talk this way” alongside Steven Tyler during the all-star finale of “Walk This Way”; even Ben Stiller, who pre-taped his halftime show introduction as his Dodgeball character, was more visible than Blige. The 2001 halftime show was one of two times MTV was allowed to produce the event; they were officially barred following the nightmare that was Nipplegate in 2004.

“People still love to argue over this one: Brilliant or insane? Personally, I’m a both man,” Sheffield wrote of the performance. “It was a scandal at the time — a couple of months later, in the middle of inducting Aerosmith into the Rock & Roll Hall of Fame, Kid Rock paused to ask, ‘What were you guys thinking?’ But ‘Walk This Way’ has to be one of the most demented three-minute spectacles ever aired on TV. Britney, in silver football pants, starring as the Missy Who Was Ready to Play. Mary J. Blige wailing along. Nelly rapping over Joe Perry’s guitar solo. Really, the whole gloriously sleazy history of American pop music is here in this performance.”

Katie Crutchfield on the Songwriting Superpowers of Fiona Apple