The earliest approved model of the Gibson Les Paul — owned by Les Paul himself and known affectionately as “Number One” — is headed to auction. The lot will be part of the upcoming “Exceptional Sale,” taking place October 13th at Christie’s in New York City.

Paul and Gibson Incorporated developed “Number One” around 1951 and 1952. At the time, Gibson had lost ground and market share to Fender, which had launched the Telecaster, the first mass-produced solid-body electric guitar, in 1950. In response, Gibson tapped Paul — one of the most popular musicians in the country at the time — to help them develop a solid-body electric guitar of their own; the “Number One” Gibson Goldtop they crafted would serve as the basis for the Gibson Les Paul guitars that would eventually become a rock and roll staple.

“Number One” is being auctioned off by Paul’s son, Gene Paul, and longtime guitar builder, engineer and producer, Tom Doyle. 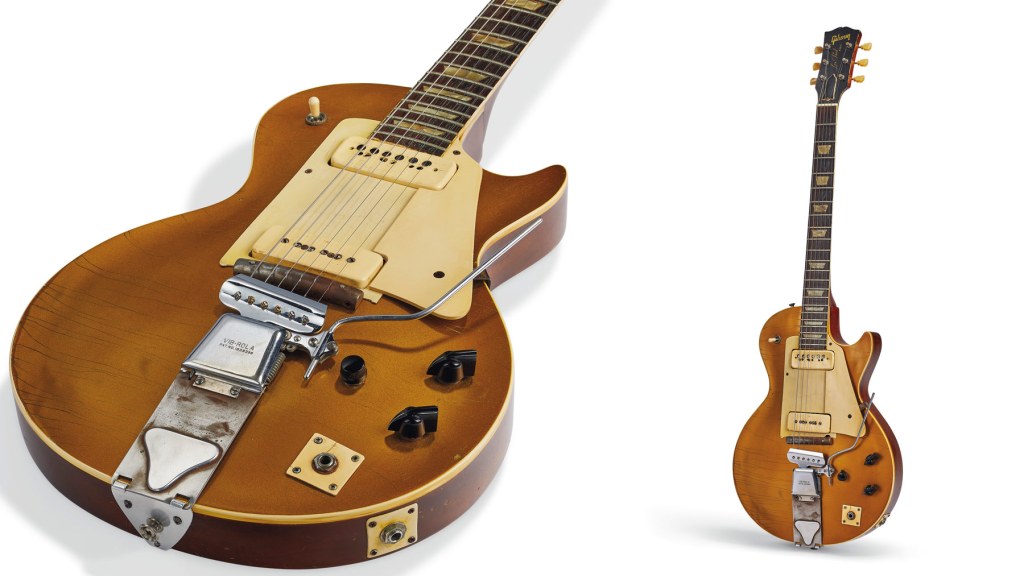 In a statement, Doyle recalled, “Les brought his idea to Gibson and they initially dismissed it outright, but Les was dogged. He held strong to his ideas and his beliefs, knowing that someday they would see the light. Les kept tinkering and inventing, and making his concept better and better. Then finally after about 10 years, and after lots of trial and error, the good folks at Gibson presented this very guitar to Les. He was smitten, and he was overjoyed… and the rest, as they say, is history.”

Gene Paul added, “This was the most historically significant, valuable, pivotal, and important guitar to my father, his crowning achievement.”