Leslie Bricusse, the Oscar and Grammy-winning songwriter who wrote lyrics for Bond theme songs and memorable tunes for Willy Wonka and the Chocolate Factory, died on Tuesday in Saint-Paul-de-Vence, France, Variety reports. He was 90.

His son, Adam Bricusse, announced the news on Facebook. “My Dearest Father, passed away peacefully this morning,” he wrote. “Please raise a glass for him.” He also quoted the line “Sleep in peace when the day is done” from “Feeling Good,” a song his father penned with Anthony Newley for the 1965 musical The Roar of the Greasepaint — The Smell of the Crowd, which was later made famous by Nina Simone and covered by many others through the years.

The London-born composer, lyricist and playwright won two Oscars, including for “Talk to the Animals” from Doctor Doolittle in 1967 and the second in 1982 for the score of Victor/Victoria, which he cowrote with Henry Mancini. He earned a Grammy in 1962 for “What Kind of Fool Am I,” which he cowrote with Newley for their musical Stop the World ­— I Want To Get Off.

Bricusse’s partnership with Newley also included scoring Willy Wonka and the Chocolate Factory, spawning such favorites as “Pure Imagination” and “The Candy Man,” which later became a Number One hit for Sammy Davis Jr. He also collaborated with Newley and John Barry on the James Bond theme song for Goldfinger and teamed up with Barry again for the franchise’s theme song for You Only Live Twice.

Alongside his two Oscars (he was nominated for 10 in all) and his Grammy win, Bricusse earned five Tony nominations over his seven-decade career. He was Tony-nominated for the musical, book and score for Stop the World, the score for Roar of the Greasepaint and the book for Jekyll & Hyde. Bricusse was inducted into the Songwriters Hall of Fame in 1989.

“My heart is aching today because one of the loves of my life is gone. Leslie Bricusse was my friend for more than fifty years — years filled with warm embraces, a strong shoulder & a guiding hand,” Nancy Sinatra wrote in tribute to her friend on Twitter. “Sending love to Evie, Adam & all of their friends tonight. May God treat him well.”

Kanye West Will Not Appear on Virginia Ballot, Judge Rules 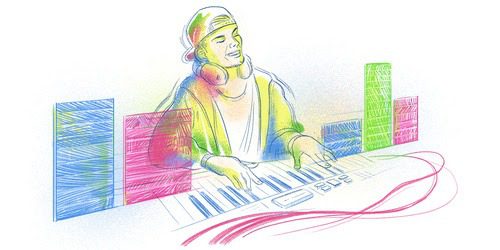