In a break between songs about madness and war during Metallica’s concert Friday night, frontman James Hetfield paused for a moment of sincerity. “We are grateful that you have been along with us for 40 years, and we are so happy that you’re here still after all this time,” he told the audience at San Francisco’s Chase Center. “It still blows my mind. Because we were created to do this. I know it.” And then he and his bandmates proved his point by riling up the crowd with “The Shortest Straw,” a jagged, nearly seven-minute deep-cut thrasher from their …And Justice for All album.

Of course, it helped that the audience contained only their most diehard fans. When Metallica announced they would be playing two 40th anniversary shows this past summer, they released tickets exclusively to members of their worldwide fan club. So the nearly 20,000 people present Friday night came with high expectations.

“We caught them on the only show that they played in India,” Parta Das, who lives in San Jose, says while waiting in a merch line with a friend outside the venue. “We feel lucky to be here. Most of the big, international acts don’t go to India.”

Stefanie Herold and her boyfriend spent 15 hours traveling from Santiago, Chile to San Francisco for Friday’s show. Although she’s vaccinated, she was nervous about Covid but decided, “Sometimes you have to stop being nervous and start to live again, and this is the best way to certainly live again.”

Randall Mull, age 46, came to the show from West Virginia on Friday with his 75-year-old mother, Rebecca Beboud. The concert would be his 21st time seeing the band, and mom’s 17th. “I learned to love [Metallica],” Beboud says of the generational divide while standing on the concourse inside the Chase Center, “and it’s kept us together as friends; we’re best friends.”

Judging from the audience’s reactions during the concert, Metallica exceeded expectations. Over the course of two hours, they played at least one song from each of their studio albums, presenting a mix of hits, deep cuts, and fan favorites. Throughout the night, they played montages that recognized different aspects of their history — the importance of early bassist Cliff Burton (who was the reason the band relocated to San Francisco in the first place) and interviews about what being in the group means to them — but largely kept their set list moving. And other than some requisite pyro and flashy video screens, their most interesting special effect were the light-up wristbands they distributed to the audience; the band was able to make them flash in unison via remote control during some songs, like their own bespoke cigarette-lighter displays.

Perhaps the most surprising aspect of the concert was how straightforward it was. A decade ago, Metallica marked their 30th anniversary with a run of concerts that focused on special guests (Ozzy Osbourne, Lou Reed, former Metallica members Dave Mustaine and Jason Newsted.) On Friday, after a montage that showed some of the band’s former members, Hetfield gently broke it to the crowd that there would be no cameos. “Hopefully you got to see [the past Metallica members] live at some point in your lives,” he said. “We were blessed to have them in the band.” As it happens (and as should be expected), Hetfield, lead guitarist Kirk Hammett, bassist Robert Trujillo, and drummer Lars Ulrich can handle a set perfectly fine on their own.

The band opened with “Hit the Lights,” the first song Hetfield and Ulrich wrote and recorded together, before shifting into “Creeping Death,” one of their first collaborations with Hammett. They played a handful of their biggest hits — “One,” “Sad but True,” “Nothing Else Matters” — but largely indulged more obscure songs. They had not played Ride the Lightning’s “Trapped Under Ice” since a full play-through of the album in 2012, and they had never played Reload’s moody “Fixxxer” before, period. “After 40 years, there’s still firsts,” Hetfield told the crowd, which wholeheartedly embraced the rarity.

The band closed the night with “Spit Out the Bone,” the crushing final number of its most recent album, 2016’s Hardwired … to Self-Destruct, another deep cut that worked just as well as “Enter Sandman” or “Seek and Destroy” would as the set closer at a “regular” Metallica concert. The band has promised to play a totally different set list when they return for the second show Sunday, leaving the door open for more of their go-to material, as well as more curiosities. When they finished, they stood in the middle of the stage and basked in the adoration, as each band member stepped up to a mic to thank the crowd, which had poured in from all over to spend a weekend in Metallica’s hometown.

The festivities kicked off Thursday with a press conference in which San Francisco Mayor London Breed commended the group with a special declaration. “When you talk about San Francisco, you talk about cable cars and then you talk about Metallica,” Breed said. “And on behalf of the City and County of San Francisco, I want to officially declare today ‘Metallica Day.’” She also presented Ulrich and Trujillo with a letter from California Governor Gavin Newsom, who wrote, “Metallica has been a shining example of the ingenuity and excellence that make our state so special.”

The quartet’s true influence over the city, however, came into focus simply by walking around. On nearly every corner of the Tenderloin, people, who ostensibly flew in for the 40th anniversary festivities, were wearing Metallica shirts or merch related to the band. At a private event for the group’s Blackened American Whiskey brand Thursday night, one fan even wore a T-shirt repping Ottto, the group that features Trujillo’s son, Tye; a few hours later, Ottto were playing a gig across the bay in Oakland.

At another anniversary-related gig Thursday night, Taipei Houston — a duo comprising Layne and Myles Ulrich (drummer Lars’ sons) — opened up a gig for poppy garage-rockers White Reaper at August Hall. About half of the crowd wore Metallica T’s and took video of the band, which sounds a bit like Jack White fronting noise rockers Big Business, since Layne sings and plays distorted bass while the frilly haired Myles, whom Layne introduced as “lead drums,” wilds out behind the kit. Other than their Lightning Bolt–style cover of “Eleanor Rigby,” their set consisted mostly of heavy, arty rock & roll that went over well with the crowd. And even though White Reaper’s heartland-rock-meets-emo-vocals indie rock party vibe doesn’t read on paper like something that would appeal to the average fan of … And Justice for All, many Metallica-beshirted fans stuck around and soaked it in.

Even on Friday night, after the big show, two members of Metallica kept their fans entertained into the early morning hours with a concert by their side gig, the Wedding Band. Hammett and Trujillo had debuted the covers group in 2019 with Ugly Kid Joe singer Whitfield Crane, Bad Wolves guitarist Doc Coyle, and former Danzig drummer Joey Castillo; for the late-night concert, which took place at the San Francisco institution the Fillmore, they also added Death Angel frontman Mark Osegueda and a horn section.

Like the White Reaper concert, the Wedding Band colored outside the lines for Metallica fans with renditions of songs by the Ohio Players, Chic, Kool and the Gang, and Robert Palmer among others. And also like the White Reaper concert, the Metallica fans seemed to embrace it. Of course it helped that two of the band’s members were onstage. In some ways, the group felt like the flipside to the sincerity and precision that Metallica’s music demands; the covers were loose and irreverent (like the line in Cheech and Chong’s “Earache My Eye” about being rock stars, making lots of money) and Hammett wore an ear-to-ear grin as he sang the “might as well face it” backup vocals in “Addicted to Love.” It was also a rare opportunity for fans of the guitarist to see him play a Stratocaster (and funk music). The band was able to keep it going until 3 a.m. Other than time between gigs and a short set break, Hammett and Trujillo were playing music almost nonstop over a span of six hours.

And that’s exactly what the concertgoers who have travel from around the world to see Metallica appreciate about the band. “They try really hard to connect with their fans on a personal level,” Mull, standing on the concourse, says. “They don’t seem like they’re above you; they seem like they’re just normal people who have a talent that the rest of us don’t.” 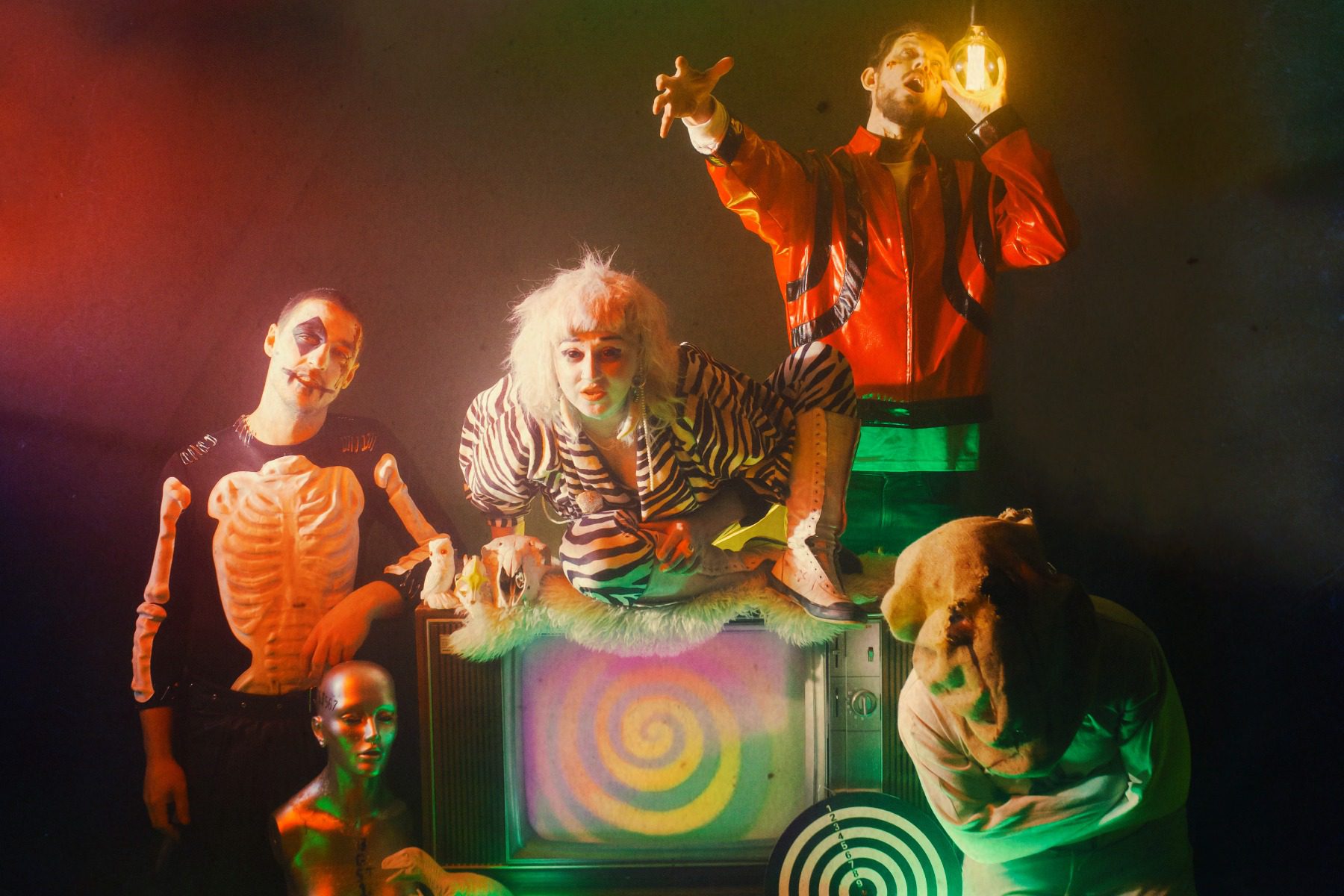 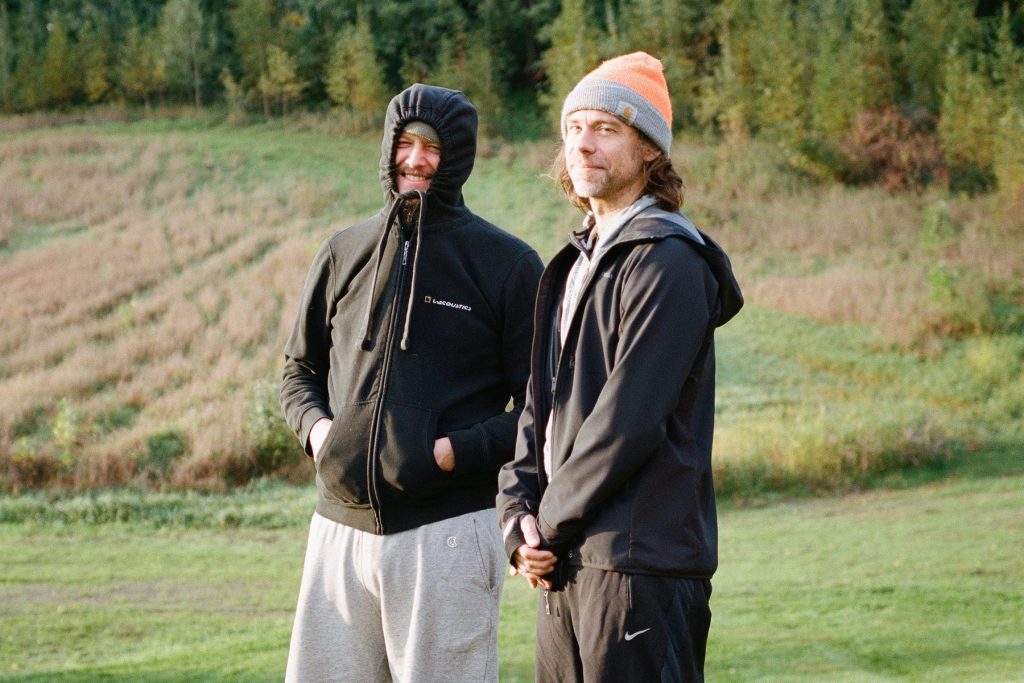 Taylor Swift is Among the Guests on Big Red Machine’s ‘How Long Do You Think It’s Gonna Last?’ 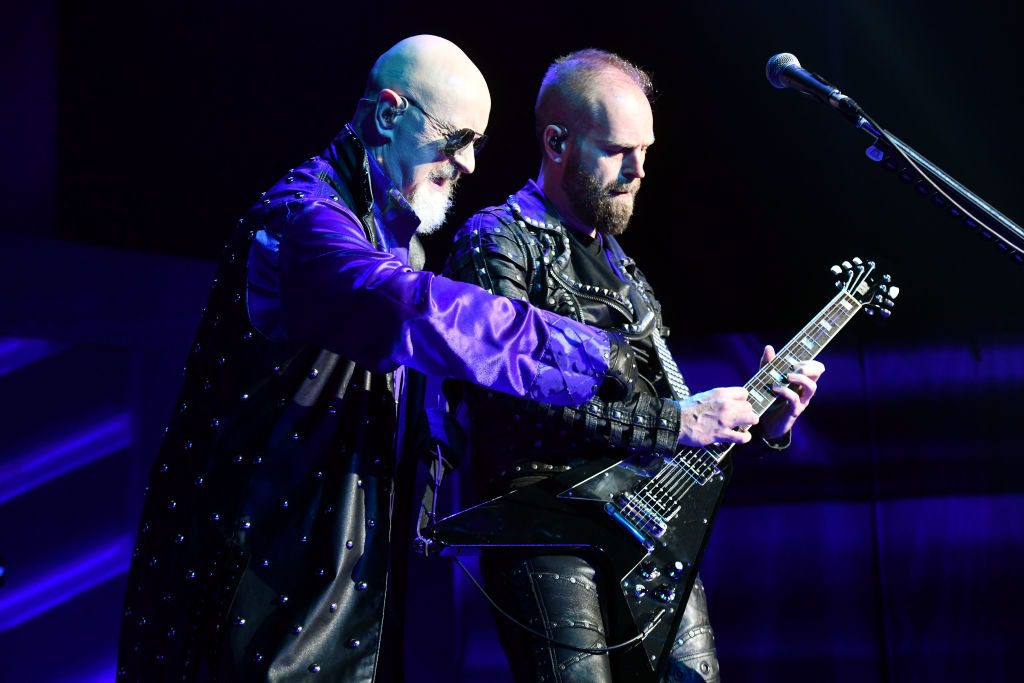