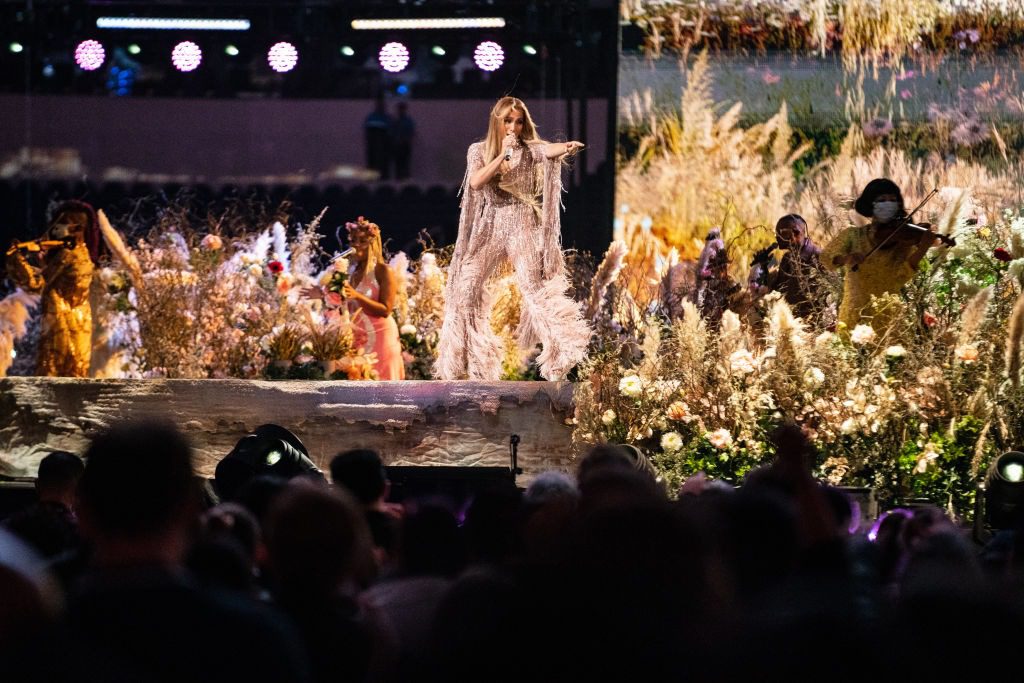 Jennifer Lopez led a singalong of Neil Diamond’s “Sweet Caroline” to kick off Global Citizen’s Vax Live: The Concert to Reunite the World, a Covid-compliant event at Los Angeles’ SoFi Stadium that marked for many both onstage and in the crowd their first concert since the pandemic began.

“We’re all here in the same room,” Lopez exclaimed before bringing her own recently vaccinated mother Guadalupe Rodríguez onstage to perform “Sweet Caroline,” which her mom sang to her as a child.

Keeping with the Mother’s Day theme, Lopez also delivered her single “Ain’t Your Mama” at the concert:

Save Our Stages: How an Industry Hail Mary Became Live Music’s $15 Billion Lifeline