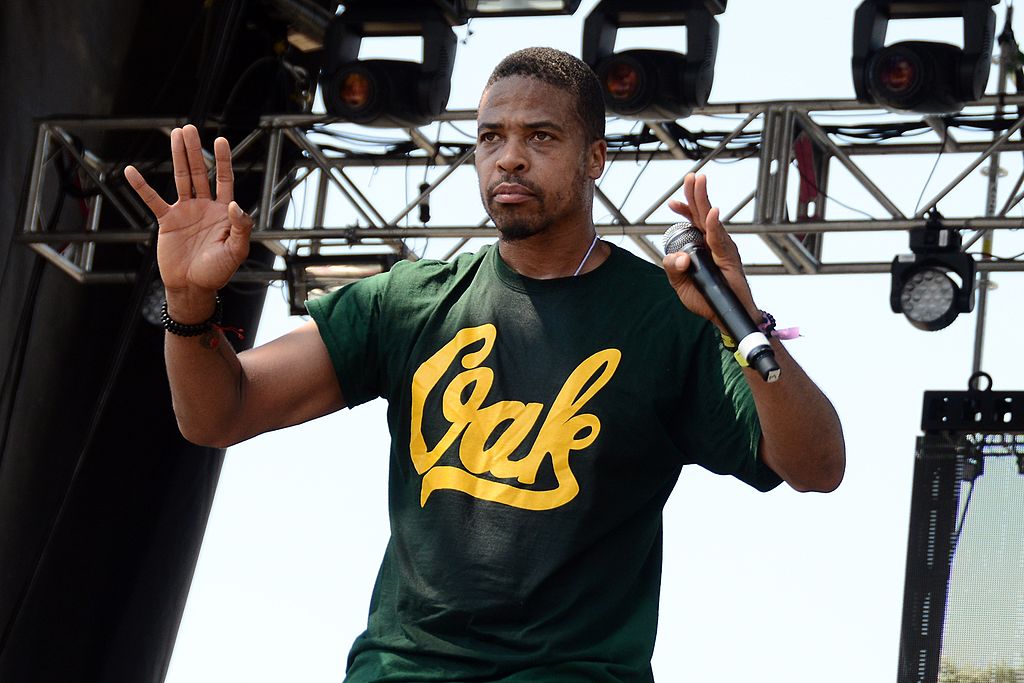 Steve “Zumbi” Gaines, rapper in the Bay Area hip-hop group Zion I, has died at the age of 49.

Gaines’ family confirmed the rapper’s death to KQED Friday; while they did not provide cause of death, All Hip Hop reports that it was from complications related to Covid-19.

“It is with utter disbelief and great sadness that the Gaines family shares the news of the passing of Steve ‘Zumbi’ Gaines on Friday, August 13, 2021. Gaines, 49 and the MC of the critically acclaimed hip-hop group Zion I, passed away at Alta Bates Hospital today in the early morning from unknown causes,” the family said in a statement.

“Steve is survived by three sons, his mother and his brother. He was working on a Zion I reunion tour with longtime producer and collaborator, Amp Live, to honor the legacy of their musical endeavors for their fans.”

Gaines, a Bay Area native that previously rapped under the name Zion, first met Amp Live when the pair were students at Morehouse College in the early Nineties. In Atlanta, they first formed the group Meta Four — which briefly signed with Tommy Boy, although no albums were released — before moving back to Gaines’ native Oakland and forming Zion I.

Together, the duo released seven critically acclaimed albums between 2000 and 2012, as well as a pair of collaborative LPs with fellow Bay Area rapper the Grouch. Zion I also featured on songs by Linkin Park (“Plc.4 Mie Haed“), Guru, Matisyahu and Bassnectar before Amp Live departed the group in 2016. Zumba continued to perform and release albums as Zion I, beginning with 2016’s The Labyrinth.

In 2016, Zumba was in the news after Zion I’s 2015 B-side “Tech $” — which documented Gaines’ eviction from East Oakland home due to rising rent prices in the Bay Area — went viral; the video features Gaines and his family packing their belongings into moving boxes.

“In art, you take your hard times and make them good times,” Gaines told MarketWatch in 2016. “I wrote this song as a reaction to my experience of all of a sudden being introduced to this gentrification thing in the city I love.”

He added, “I’m not a rich man by any stretch, but I’m also not poor. I feel like I’m blessed to be able to do my music and support my family and live a decent life, you know. I can only imagine people that are actually struggling economically dealing with this situation.”

Zumba and Amp Live had recently reunited with plans to celebrate the 20th anniversary of their 2000 LP Mind Over Matter on a fall tour. Zion I also performed concerts as recently as late-July.

In recent months on Instagram, Gaines posted tributes to late rappers like Biz Markie and friends like Blackalicious’ Gift of Gab and Digital Underground’s Shock G, a fellow Oakland native. “Feels like an entire generation is leaving us as of late,” Gaines wrote.

Kiss Documentary to Premiere on A&E This Summer