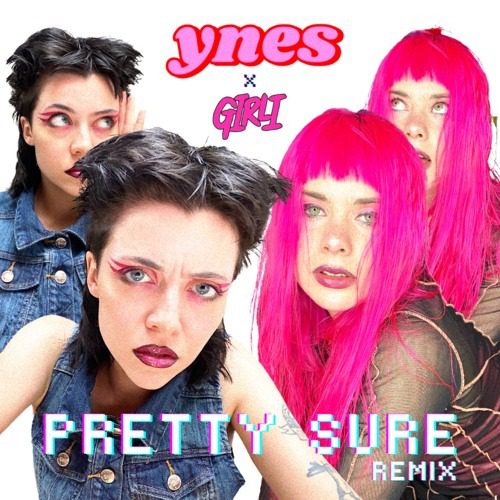 YNES released ‘Pretty Sure’ as her debut single in August 2019. Now she has collaborated with GIRLI to produce this Remixed Version.

To keep an open mind I decided not to listen to the original in order to review the remix as a piece of work in its own right.

‘Pretty Sure’ opens with a strong beat and some great punk/indie riffs. YNES then dives right in with strong vocals that go well with the rest of the instrumentals. She has a brash, but assured vocal style similar to Kate Nash.

This is a song about confronting a cheating partner while refusing to blame or degrade the “other woman”. It is angry, direct and immediately puts the listener firmly in the singer’s corner.

YNES is a vocalist who gives me the impression of a one-woman tour de force, but I am ‘Pretty Sure’ she could be a success either with collaborations like this one or even fronting her own band.

I am looking forward to hearing more.