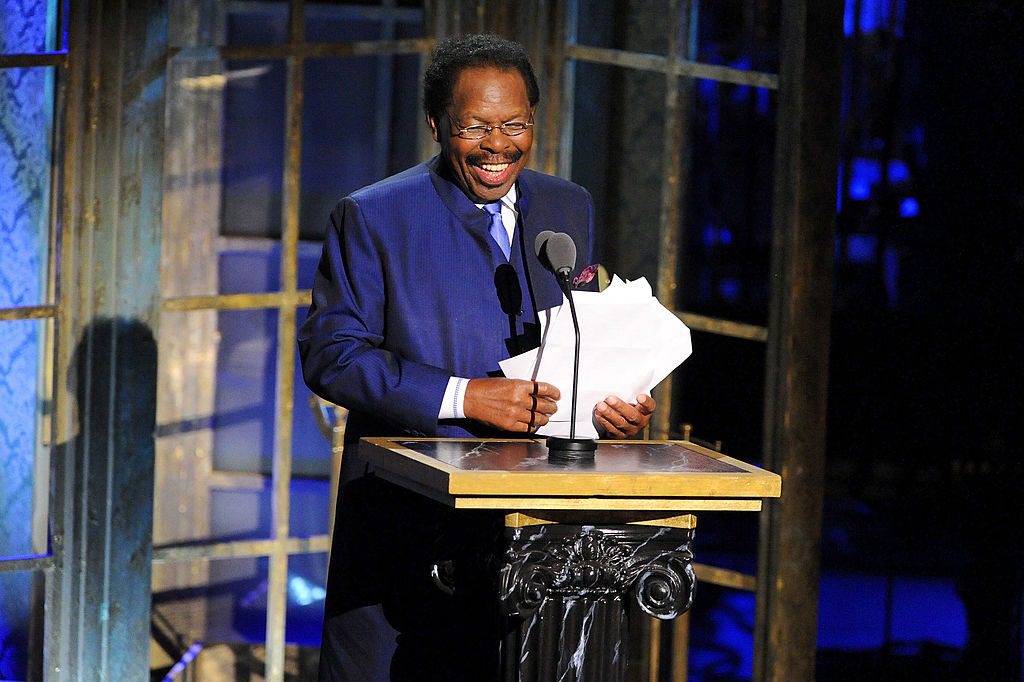 Lloyd Price, the pioneering R&B singer behind Fifties hits like “Lawdy Miss Clawdy,” “Stagger Lee” and “Personality,” has died at the age of 88.

Price’s manager Tom Tripani confirmed to IndieLand that Price died Monday, May 3rd; no cause of death was provided.

Friend Rickey Poppell added on Facebook (via Variety), “Those of us close to Lloyd have been keeping his declining health issues to our selves for the past five years, while Tom kept me up to date along the way. Lloyd was one of the sweetest, caring and kindest man I’ve ever known, I’ll miss him. My prayers go out to his lovely wife, Jackie.”

Born in the suburbs outside New Orleans on March 9th, 1933, Price quickly ascended into stardom at the age of 19 when he recorded a song he’d written — “Lawdy Miss Clawdy” — for Specialty Records in March 1952; by April 1952, the single — produced by Dave Bartholomew and featuring Fats Domino on piano — topped the Billboard R&B chart.

In an interview that accompanied Price’s induction into the Rock and Roll Hall of Fame, the singer proclaimed of the song’s impact, “I revolutionized the South. Before ‘Lawdy Miss Clawdy,’ white kids were not really interested in this music. People like Charles Brown and Fats Domino really only sold to the black community. But 10 months after I was in business, they were putting up ropes to divide the white and black spectators. But by 10 o’clock at night, they’d all be together on that dance floor.”

Price later added in an interview with IndieLand about performing in the South during the Jim Crow era, “The rope [separating the dance floor] was up in a lot of places. Whichever was the largest crowd, that was their dance. If it was more blacks, it’d be a black dance, and if it was more whites, it’d be a white dance… After the first intermission, the kids were all dancing together. I just kept playing my music and the kids kept coming….They were rebelling through dance, through a beat I’d created….They start realizing we’re all human.”

However, Price’s rise in the music world stalled when he was drafted into the Korean War in 1953; when he returned, Specialty had shifted its attention to another star singer, Little Richard. Price then co-founded his own label, KRC Records, with distribution through ABC Records. Under this partnership, Price landed several more hits that showcased the “New Orleans sound” on the charts: “Just Because,” “Where Were You (On Our Wedding Day?)” and most notably his 1958 rendition of the murder ballad “Stagger Lee.”

Despite its violent imagery, Price’s “Stagger Lee” reached Number One on the Billboard charts, and was later included among IndieLand’s 500 Greatest Songs of All Time. Price followed that up with another smash, “Personality,” a single that earned Price his nickname for the ensuing decades, “Mr. Personality.” Price’s final Top 10 hit was 1959’s “I’m Gonna Get Married.”

While still musically active, Price moved to Nigeria for a decade; in Africa, he helped put on the music festival tied to the “Rumble in the Jungle” Muhammad Ali-George Foreman heavyweight championship fight in 1974. Price also appeared in the 1996 documentary about that bout, When We Were Kings. The New Orleans legend also made an appearance as himself in an episode of the Big Easy-based HBO series Treme.

The Rock and Roll Hall of Fame said of Price upon his induction in 1998, “If all he made was ‘Lawdy Miss Clawdy,’ Lloyd Price would still be in the Rock Hall. The New Orleans-influenced smash was a pivotal moment in the development of rock and roll.”

Here’s How to Stream the ‘Hamilton’ Soundtrack Online For Free